THE Trinidad and Tobago Olympic Committee (TTOC) has come in for high praise from this country's Olympic athletes as the Committee celebrates 75 years of service.

In a TTOC release, Minister of Sport and Community Development, Shamfa Cudjoe, also shared the athletes' sentiment, saying: 'The TTOC is among the most reputable, effective and productive sport institutions in the nation. The TTOC goes above and beyond the call of duty to develop our athletes, not only in their professional development, but also in their personal development. I'm pleased that the TTOC always presents itself to assist the Ministry in resolving disputes, developing programmes and policies, and providing guidance to the sporting fraternity.

'TTOC takes the business of sport very seriously, and is always ready to champion innovative approaches to advancing sports and adding value to the local sport industry.'

Minister Cudjoe also congratulated TTOC president Brian Lewis for his commitment and dedication to his job, adding Lewis' leadership and vision 'continue to contribute to the excellent performance of the TTOC, and remain invaluable assets to sport development in this country.'

Lewis himself said the goal of the TTOC has always been to inspire excellence in TTO athletes to enable them to realise their full potential.

Lewis, also president of the Caribbean Association of National Olympic Committees (CANOC), added that sustaining the non-profit organisation continues to be challenging, especially in the midst of Covid-19.

'The TTOC will continue to put athletes first.'

Earlier this month, the Committee rolled out its '75,000 steps in 75 days' initiative -- a campaign that runs until Olympic Day (June 21) -- in which participants pay $75 and can either run, walk, cycle or swim. The money will go towards the TTOC's #10golds24 Athletes Welfare and Preparation Fund.

Three-time Olympic medallist Richard Thompson said the TTOC has been a pleasure to work with over the years.

'If they're in a position to help you they will, if not they'll be upfront about it -- and that's something you can definitely respect in this industry...,' Thompson said, '...I encourage them to maintain that mentality as there is a high standard of expectation within our country.'

'Most notably through their strategic partnership with the Michael Johnson Performance camp. There, I gained insights that later improved my performances and perhaps prevented injuries,' Greaux underlined, 'Financial support from the committee not only kept me in the sport but enabled me to become a competitive athlete on the world stage...The committee in its efforts to help all its athletes work tirelessly, day in day out.'

2012 & 2016 Olympian Andrew Lewis said his association, relationship, and connection to the TTOC has played a massive role in the support system, especially in the last three or four years.

'They have revolutionised the athlete support network ... they have all played a fundamental role in my Olympic career by not only making themselves reachable but by allowing themselves to be teachable -showing them how the sport of sailing works and emphasising the importance of certain aspects where I really need support.'

2018 Commonwealth Games 200m champion Jereem Richards added :'The TTOC has impacted my career by providing support and more as an athlete and also educating me and other athletes about the history of sport in Trinidad and Tobago.'

Shot put specialist and Olympian Cleopatra Borel said interaction with the organisation at Olympic House has always been a source of guidance and motivation.

'It is my opinion that the TTOC is the nucleus of the Olympic movement in Trinidad and Tobago, it is the ever present 'force' that navigates a complex arrangement of NGBs, GBs and ISFs (International Sports Federations), ultimately for the benefit of athletes.'

Two-time Olympic medallist Keston Bledman said the TTOC has been a stalwart for maintaining standards and providing opportunities to the athletes.

'These opportunities with the standards expected of me as an Olympic athlete played a major role in my physical, mental, emotional, social and financial standing. This support allowed me to be comfortable and confident to give of my best in representing Trinidad and Tobago. TTOC continues to be the flagship for sports and athletes in Trinidad and Tobago.' 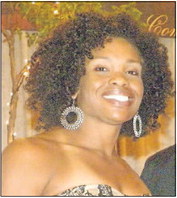